I meant what I said when I said that I was doing the Love Your Body series from Tone It Up and I kept my word. This time around instead of the series lasting eight weeks, it lasted only four. Some people liked it, others didn’t. Me? I do wish it was longer. Like if they didn’t want it to last for eight weeks then make it last for six weeks. Not quite sure if four weeks are enough to see change.

Karena and Katrina suggested that you follow the workouts in the order that they appeared for the weeks (but of course if you wanted to do them in any order you wanted to, that’s fine). I didn’t buy the meal plan, I’m still going to follow the Lauren Gliesberg meal plan instead. The workouts lasted at the most 30 minutes (which is great for those short on time). They also suggested doing at least 4-5 workouts a week, although in the plan on the schedule they had 6 days of workouts available with a meditation to do for the week as well.

Below is a recap of each week that I did in the series.

Week One: The first workout was a total body workout. When I did it, at first I thought to myself, this is nothing. And just around the time I started (or usually start) to complain, the class was over. I used my 5 lb dumbbells. I drank some water that day (although I only filled up my water bottle twice). The next day, was a yoga flow which felt great. My muscles were kinda sore after the previous workout. I usually like to meditate after a yoga class but this time, I decided against it. Again, I went to my water bottle once during that day. On Wednesday, it was Chyna’s kickboxing class. I have a love/hate relationship when it comes to Chyna’s classes. One on hand it pushes me to try hard (like when she had us do burpees on one leg) and on the other hand I always feel so proud of myself because I did something I  definitely did’t feel comfortable doing. The following day was a foam roller class which I desperately needed. When I tell you I was so sore! It felt so good to like lay on the foam roller and have it press in on all my sore spots. It was after this class that I decided to do the meditation for that week. I got my palo santo stick and lit it as I sat in a chair and meditated. Friday was a barre arms class which I loved. Like to me, barre burns so good. I was so sweaty afterwards but it felt quite exhilarating.

In the meantime, my diet was…challenging. Okay I’ll be honest, I wasn’t following any diet plan. I had pan fried chicken (not deep fried at least), went out to a brewery like 3 times . I did go for a walk in the park on Monday with my roomie which was really nice. I shared a couple of tamales with my roomie and it had rice and beans. After that we went to Krystal and I got her some food as I had a mini (slider sized) fried chicken sandwich and a tiny chili cheese hot dog. By Thursday, I was craving a fruit smoothie so I went to the store and bought the necessary ingredients for it. I made a smoothie bowl on friday and it was so good and yummy. I will say in my opinion its kind of expensive to eat healthy. I spent like $25 on ingredients for my smoothies. Like if you add the other stuff I need for the rest of the series, it’s a lot. 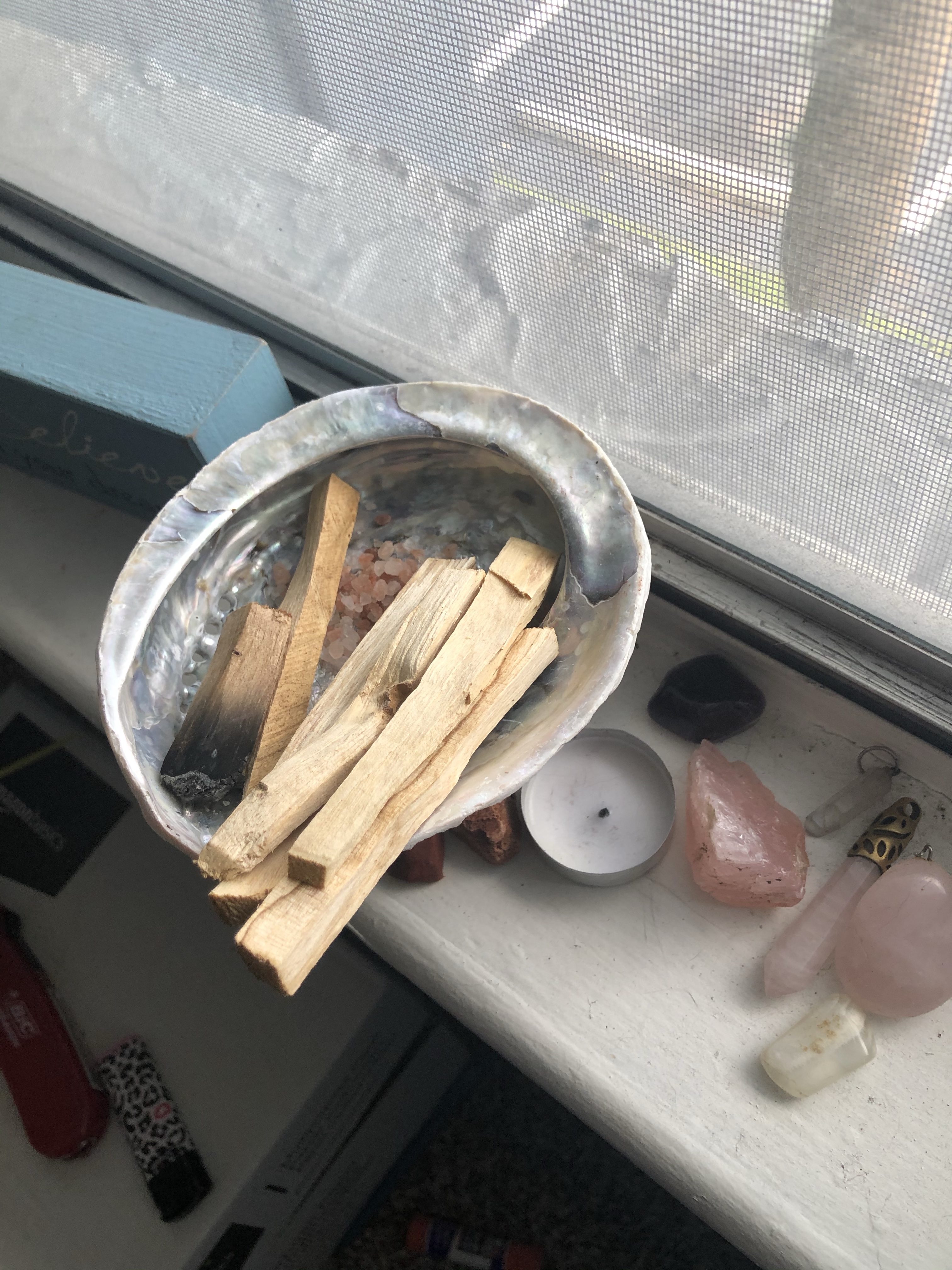 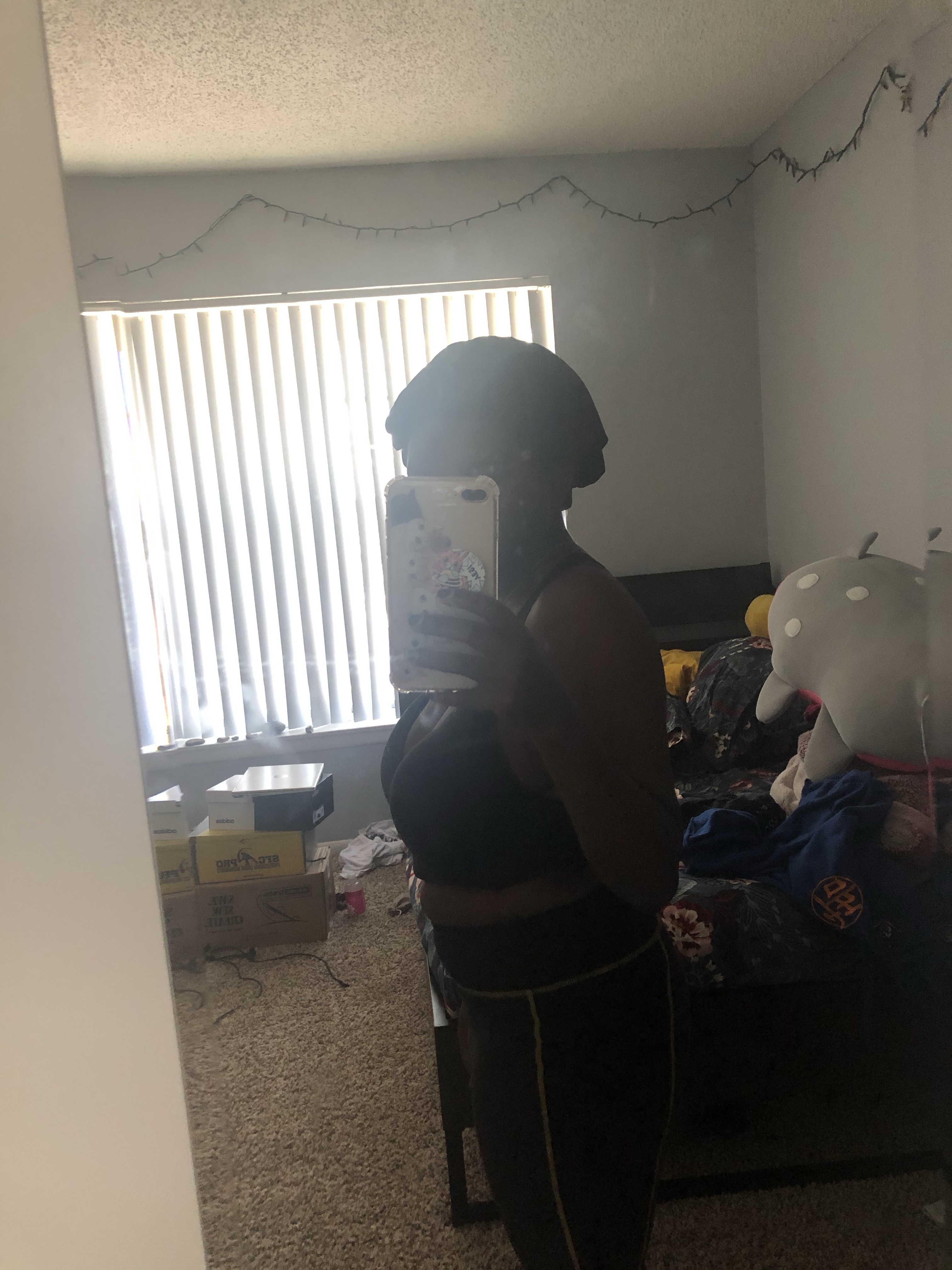 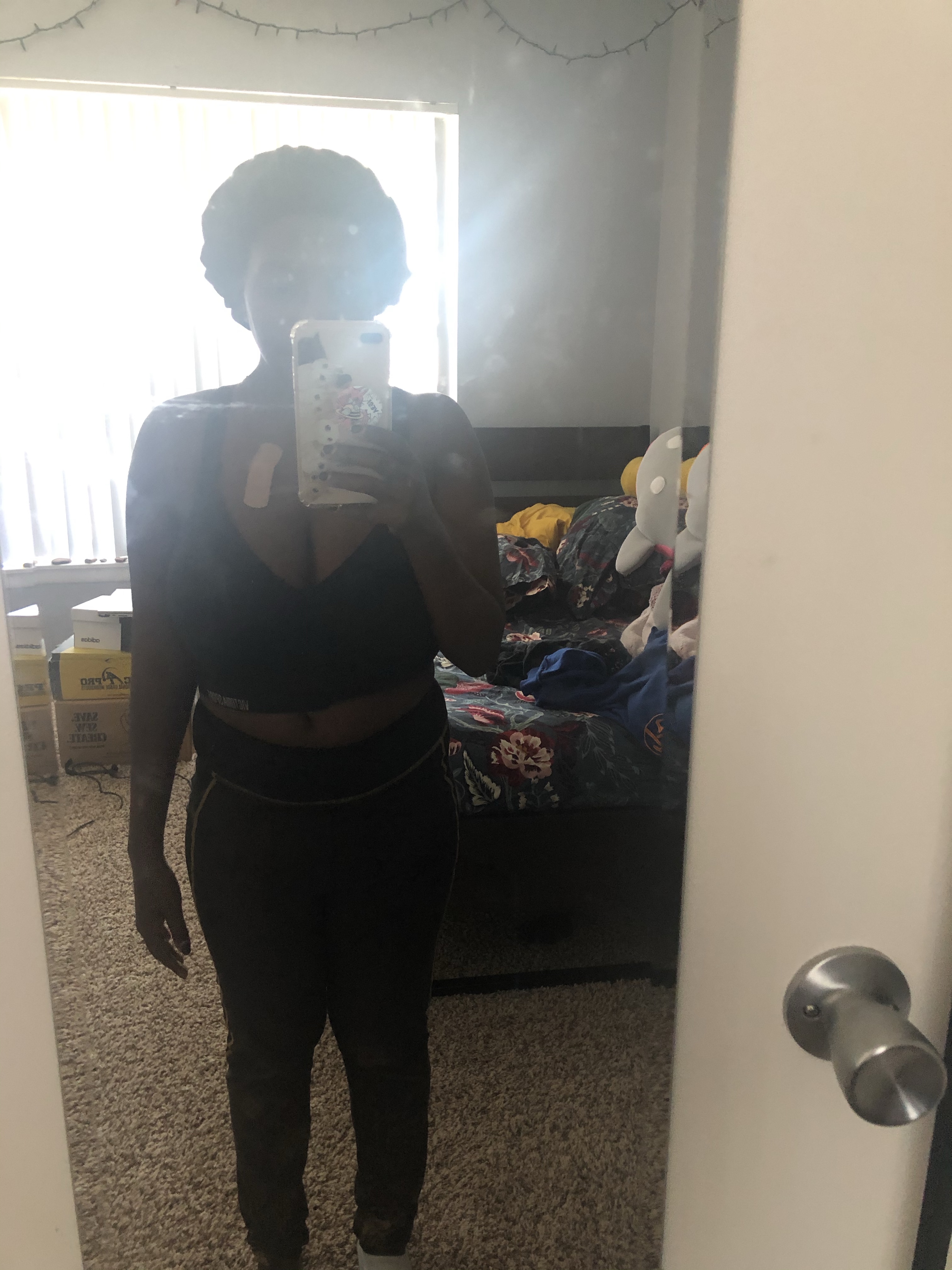 Week Two: Monday came pretty quickly in my opinion but it was officially week two and I mistakenly looked at the wrong week and thought I was going to start the week off with a yoga class (that’s week three). I was wrong and I was starting with a chest and back burner. I actually planned on using just the 5 lb dumbbells but I decided to push myself and add in the 8 lb dumbbells as well because honestly Stef and Chyna had two different sets of weights. I pushed myself and I know I’ll feel it in the morning. Again I made sure to fill my water bottle again for this workout. After the class, I put on some of Fre’s detox me mask and it felt great! The next day was the booty and abs class. That worked up a sweat for me.On Wednesday, my roomie, her boyfriend and I went on a walk in a nature trail. I didn’t really count that as my workout for the day. I just used it as an added bonus and did the HIIT workout while they went on their date night. Boy oh boy did that class work up a sweat for me! Thursday was a breath of fresh air because I did an active rest day which means for the day you either go for a walk, do a stretch class or yoga class. So yesterday I did a stretch class and my muscles really needed it! 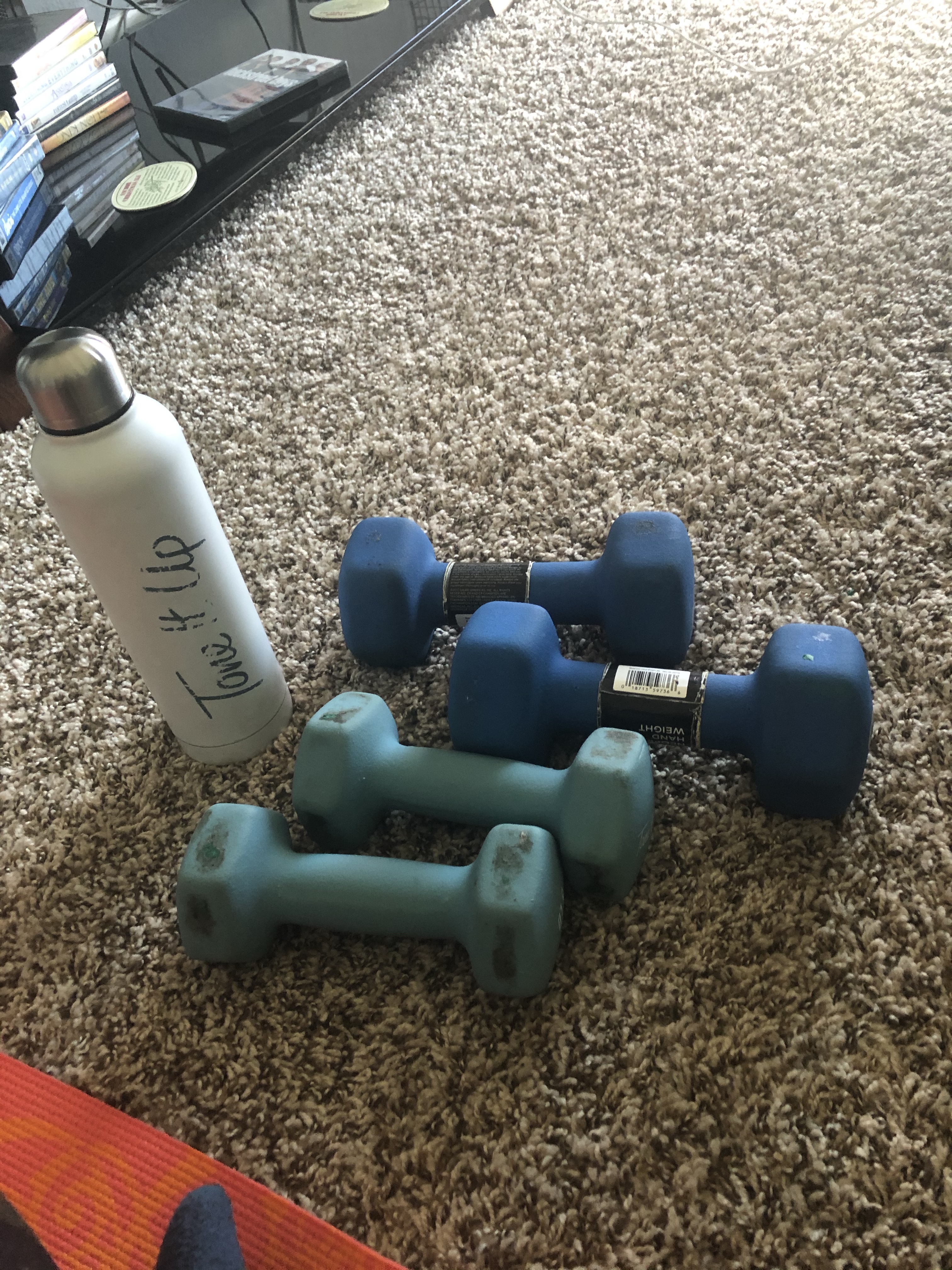 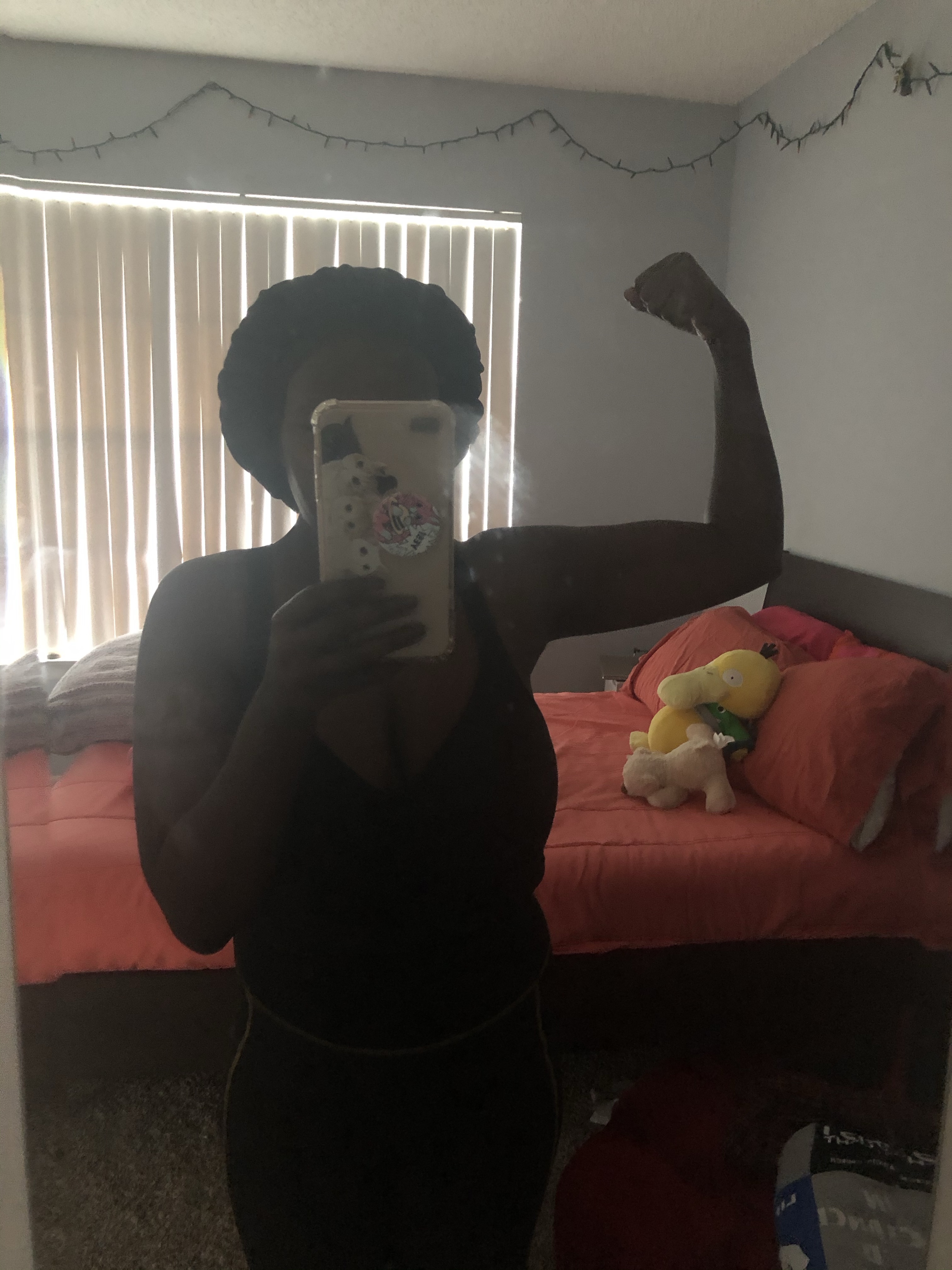 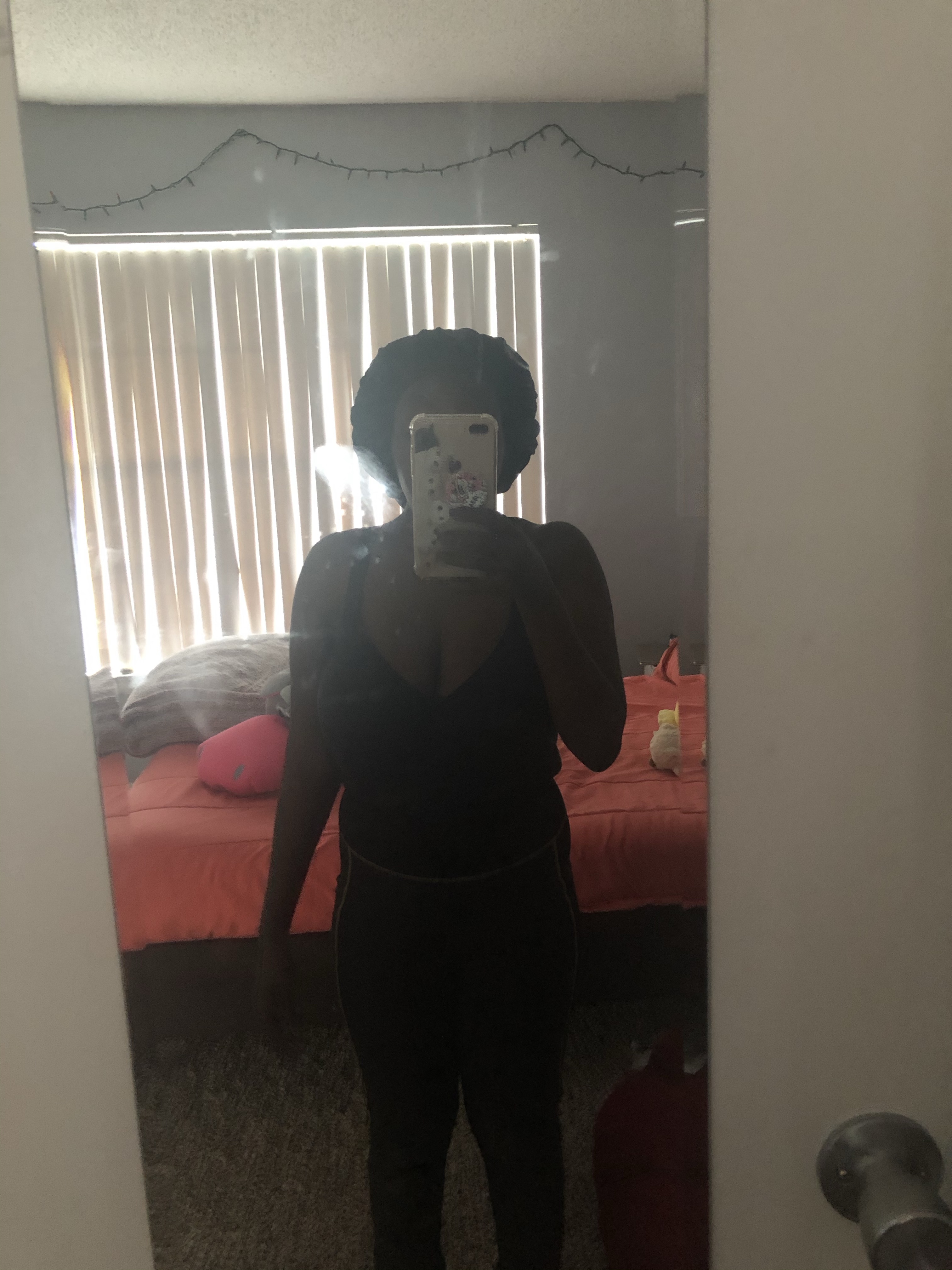 Week Three: On Monday, I did the Boxing yoga class with Chevy. It’s a new class (which most of the classes are for this series). This class was 35 minutes long and at first, I thought that I’d hate it. Much to my surprise I didn’t. I oddly felt strong (especially after using the weights). I was still sore from the previous day’s workout but since it was yoga, it felt great to get some stretching in. The next day, I actually didn’t work out. I had a headache due to stress and I just decided to take care of myself and take a rest day. So for Wednesday, I did the pre-workout meditation that was scheduled and did the workout that I planned on doing Tuesday instead, which was the strong legs workout with Katrina.

Week Four: I will be honest. This week was very challenging for me. I wanted to just cool it on my workouts and maybe do just 3 or 4. When I looked at my progress on the app, that gave me a wakeup call. I didn’t want to let myself down again. Plus, this week was my time of the month so I wanted to use that as an excuse to not push myself. I looked at my progress tracker and made the choice to buckle down and finish out the week, even if it meant doubling up somewhere. So that’s what I did! Yesterday I did the kickboxing class (still proud of myself for doing one legged burpee) and I meditated and today I did the abs and booty class and the foam rolling class after that! So proud that I pushed myself to do it. I started to tell myself that I was too fat or too stout or too round and that these workouts wasn’t doing anything to change my body. I’m so glad I decided to push those doubts aside.

All in all, I’m proud to say that I completed the series. My next challenge for me honestly would be my diet. I really need to change it if I want to see real changes in my body. After all, its like Karena and Katrina says, “abs are made in your workout but revealed in your kitchen”. So thats something that I want to work on next. I’m extremely proud of myself for even completing the series, even if it was only for four weeks. Like I said, I broke many promises to myself last year and I want to change that. Completing this one goal has helped me to see that if I really commit to something, I can actually do it.

If you’re struggling somewhere or feel kind of down with yourself, do something. Make a promise to yourself and stick to it and see how you feel after you complete that goal/promise. I’m really proud of myself. I never thought I’d say this. In fact, if you would’ve asked me in December if you saw me completing one of these series, I would’ve just laugh.Do something. Commit to something. Change your life. Change your world.